The idea of a joint mission from Asia Pacific Region, India, Pakistan, Philippines and New Zealand was first mooted in 1991 by Sr Elizabeth Starken, Superior General when she met with the three Provincial Leaders, Margaret O’Driscoll (Pakistan), Teresita Garabato (Philippines) and Salome Joseph (India) in Anjali, New Delhi. The Filipino, Pakistani and Indian communities were in the fortunate position of being blessed with new vocations to the Presentation way of life and were able to request Sisters who might volunteer for such a mission. The little seed was planted when the three Provincial Leaders heard a report on the plight of Burmese refugees in Thailand and the work being done by the Jesuits. Srs Pius Murphy (Philippines), Monica McGrath (Pakistan) and Grace Chacko (India) made their first visit to Thailand in 1995, but were unable to contact the Jesuits because the camp had been closed down. This situation opened up a new avenue to the tribal people of Northern Thailand where Sr Monica Maddox, one of the Presentation Sisters from Western Australia was on mission. Thus the setting up of a Presentation Thai Joint Mission was set in motion on 29 October 1999 in Chiang Mai Diocese, after eight years of working towards the eventual opening of this mission.
On 16 March 1999 the first four Presentation pioneers, Abida Sadiq (Pakistan), Desiree Salanio (Philippines), Lucy Sebastian (India) and Salome Joseph (India) arrived in Bangkok, Thailand. The four Sisters soon made a visit to the two future missions at Maesai, served by Betharram priests, and Fang, served by the PIME priests. On 29 October 1999, they took the bold step and moved into their respective mission areas and founded the Presentation Mission in Fang (Northern Thailand) and Maeramat (North West of Thailand) among the undocumented immigrant tribal people, Lahu, Akha, Lisu, Karan and Thaiyayi.

On June 1, 2017, the mission in Thailand, a joint endeavour between the Units of India, Pakistan and the Philippines, officially became part of the Philippine Unit. The 28th of September 2019 was a memorable and historic day for the Catholic community of Fang Parish and for PIME missionaries of Thailand. The PIME missionaries looked after the Fang, Epiphany parish for forty-six years, they handed over the Epiphany Parish, Fang to Bishop Francis Xavier Vira Arpondratna of Chiang Mai Diocese and Bishop in turn handed it over to the Congregation of the priests of the Sacred Heart of Betharram .

At present we the Sisters are in collaboration with the Congregation of the priests of the Sacred Heart of Betharram. We assist the Hill tribe people of Northern Thailand in sustaining and improving their quality of life through education, holistic health care to people of all religions in collaboration with the laity, pastoral care, catechism to school-going children and work of peace and justice. 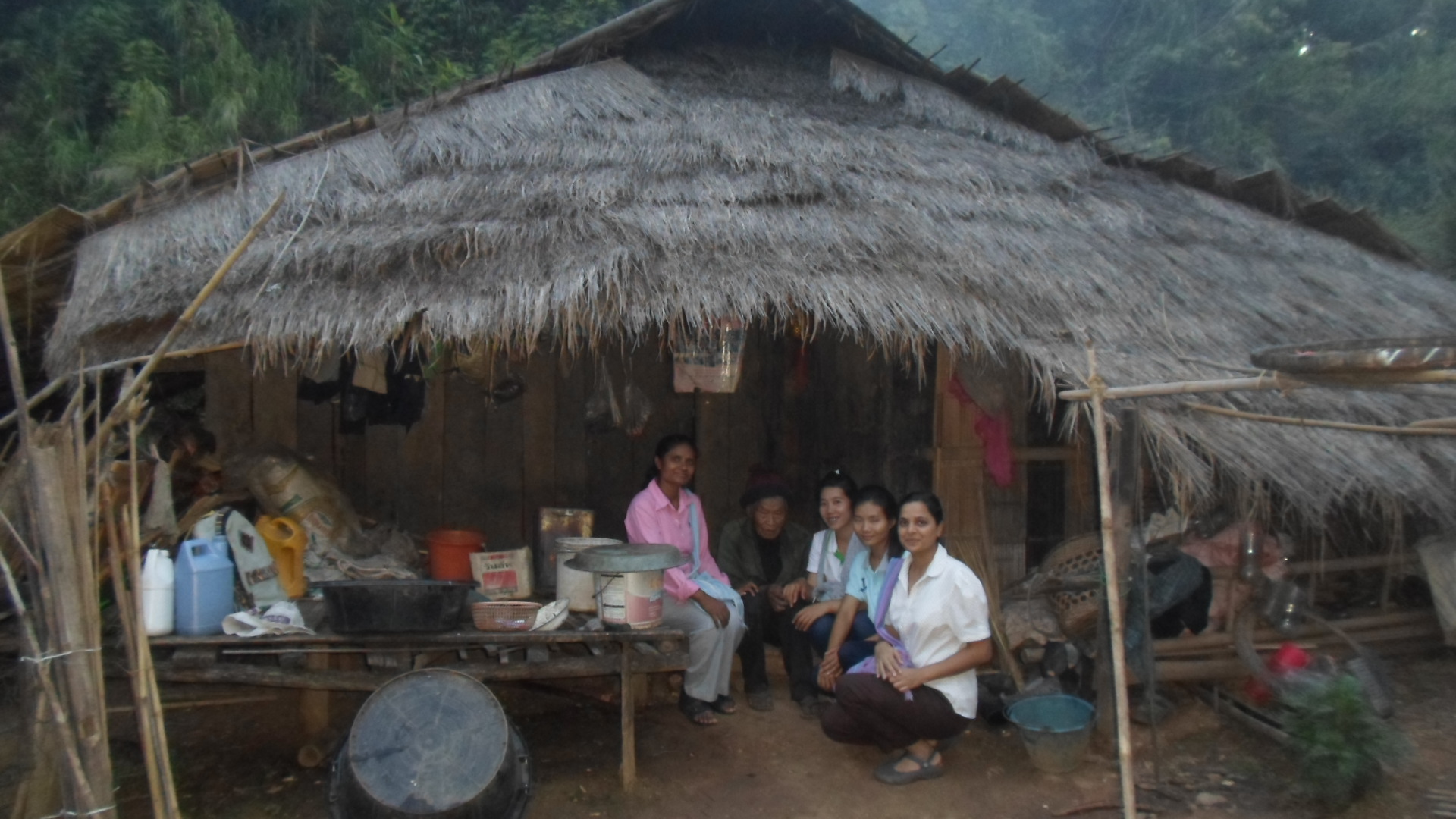 Srs Jancy and Bina visiting an old couple in the village 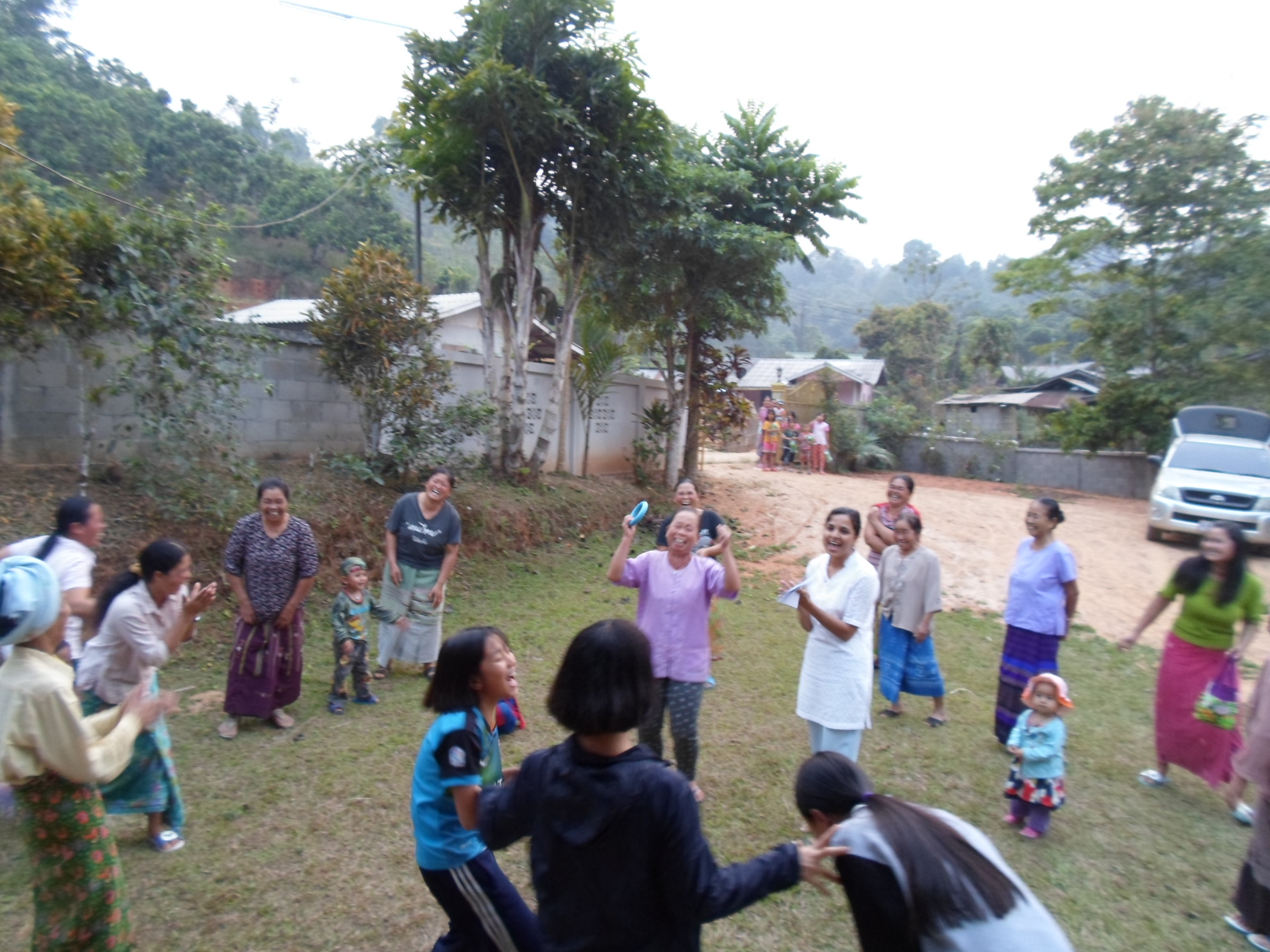 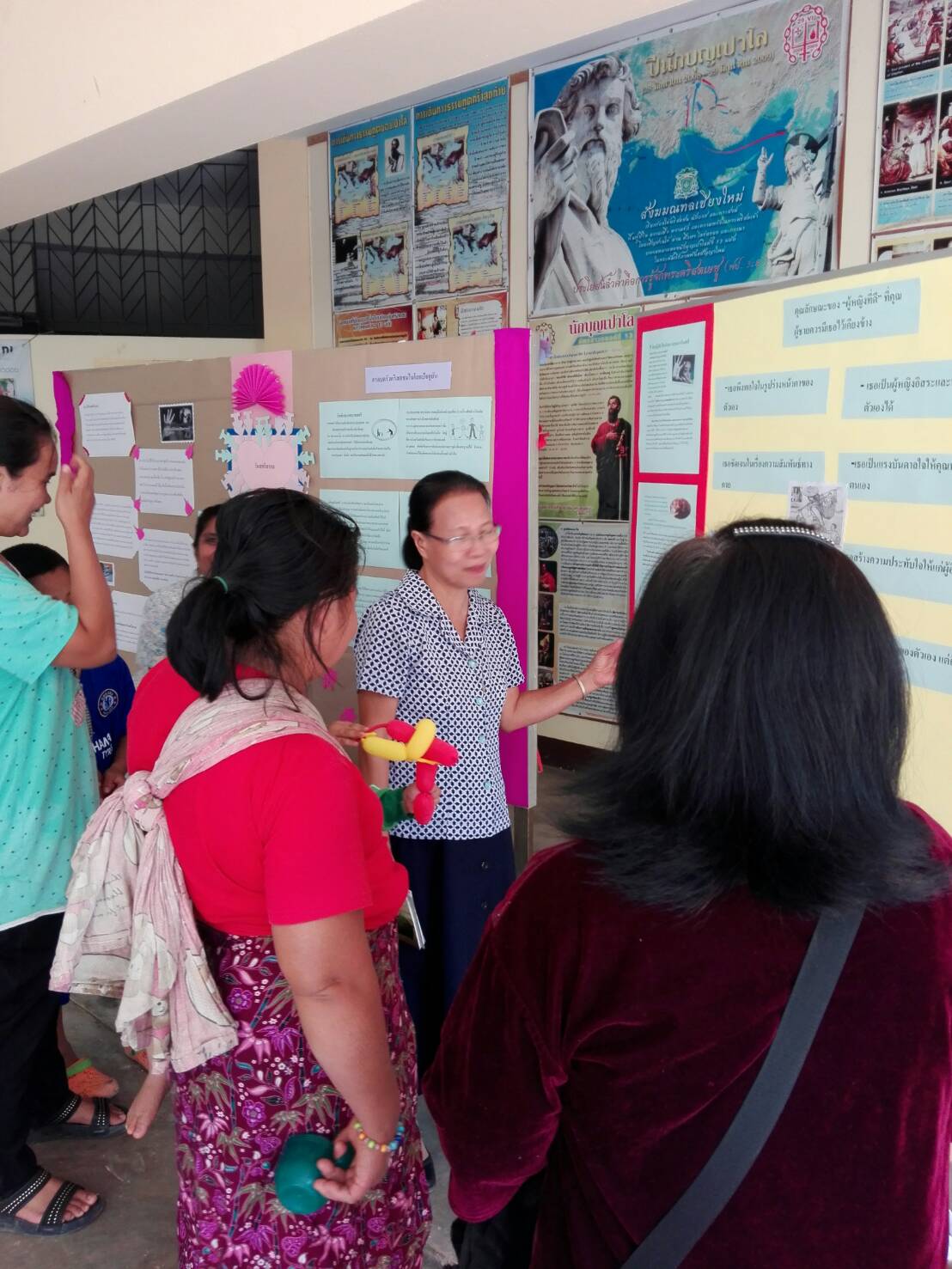 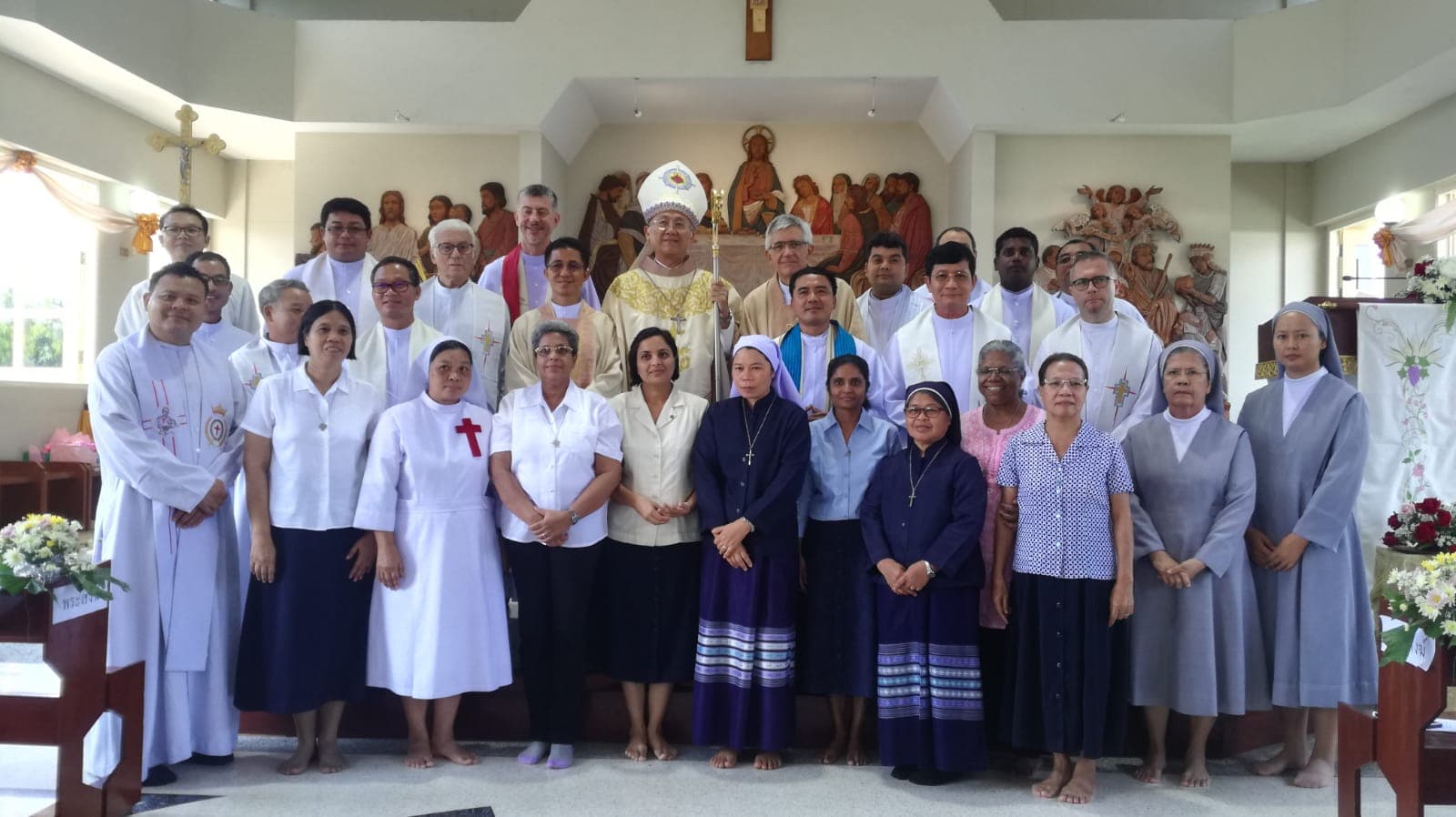 Srs VicVic, Anice, Bina, Jancy and Beth with Sr Marina with the PIME and Betharram priests and other religious during the handing over of the Parish by the PIME missionaries to the Diocese of Chiang Mai 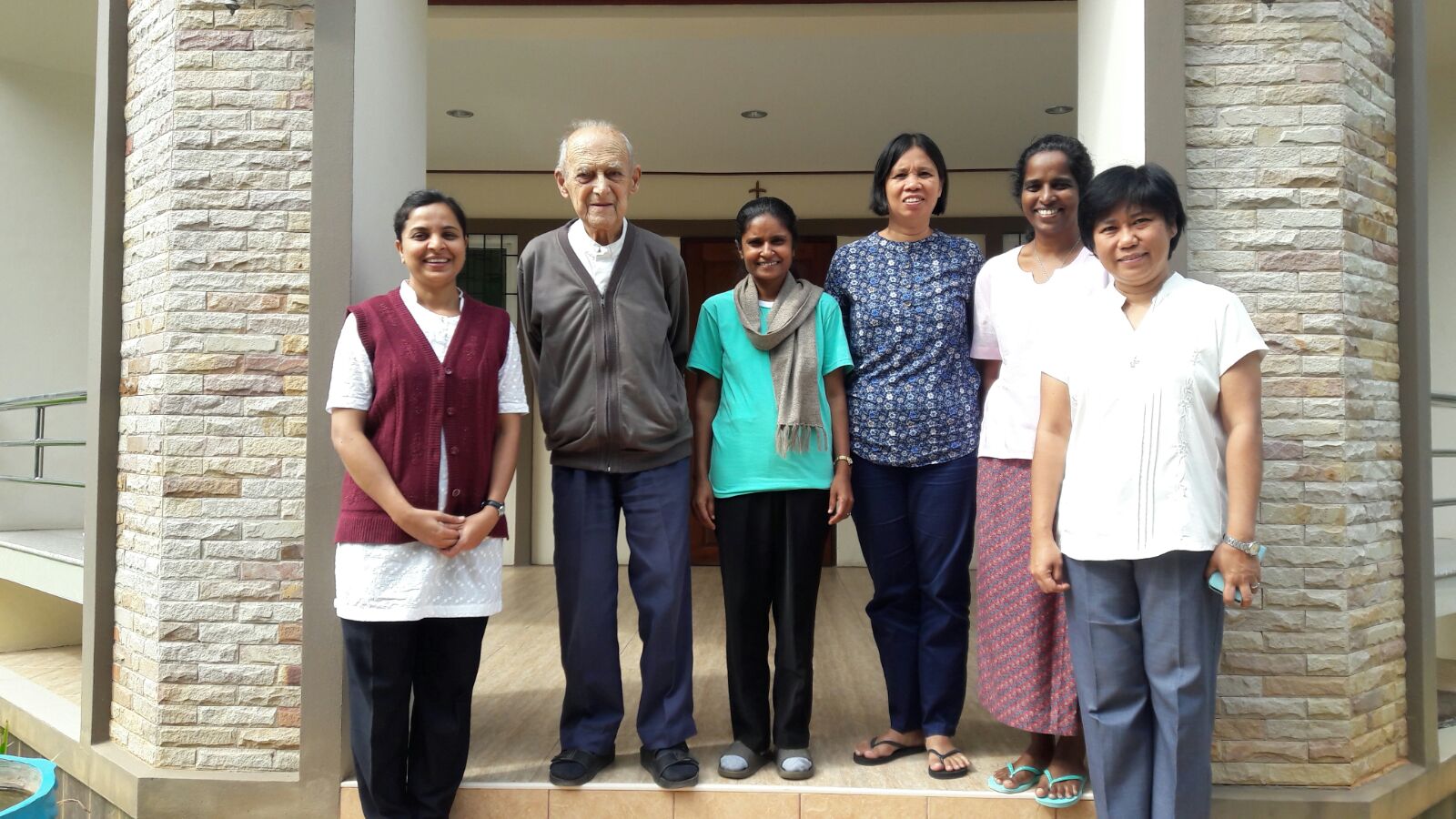 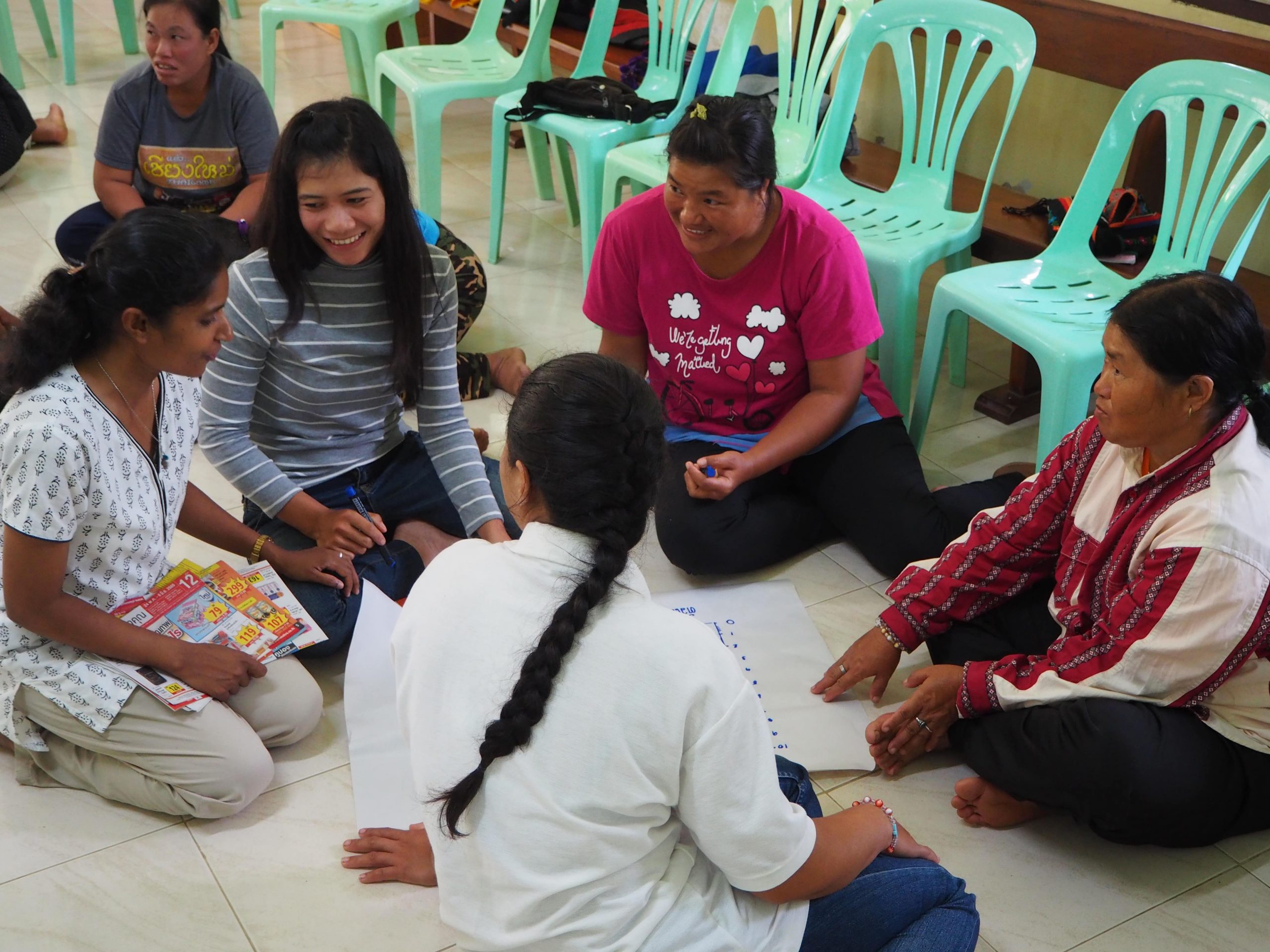 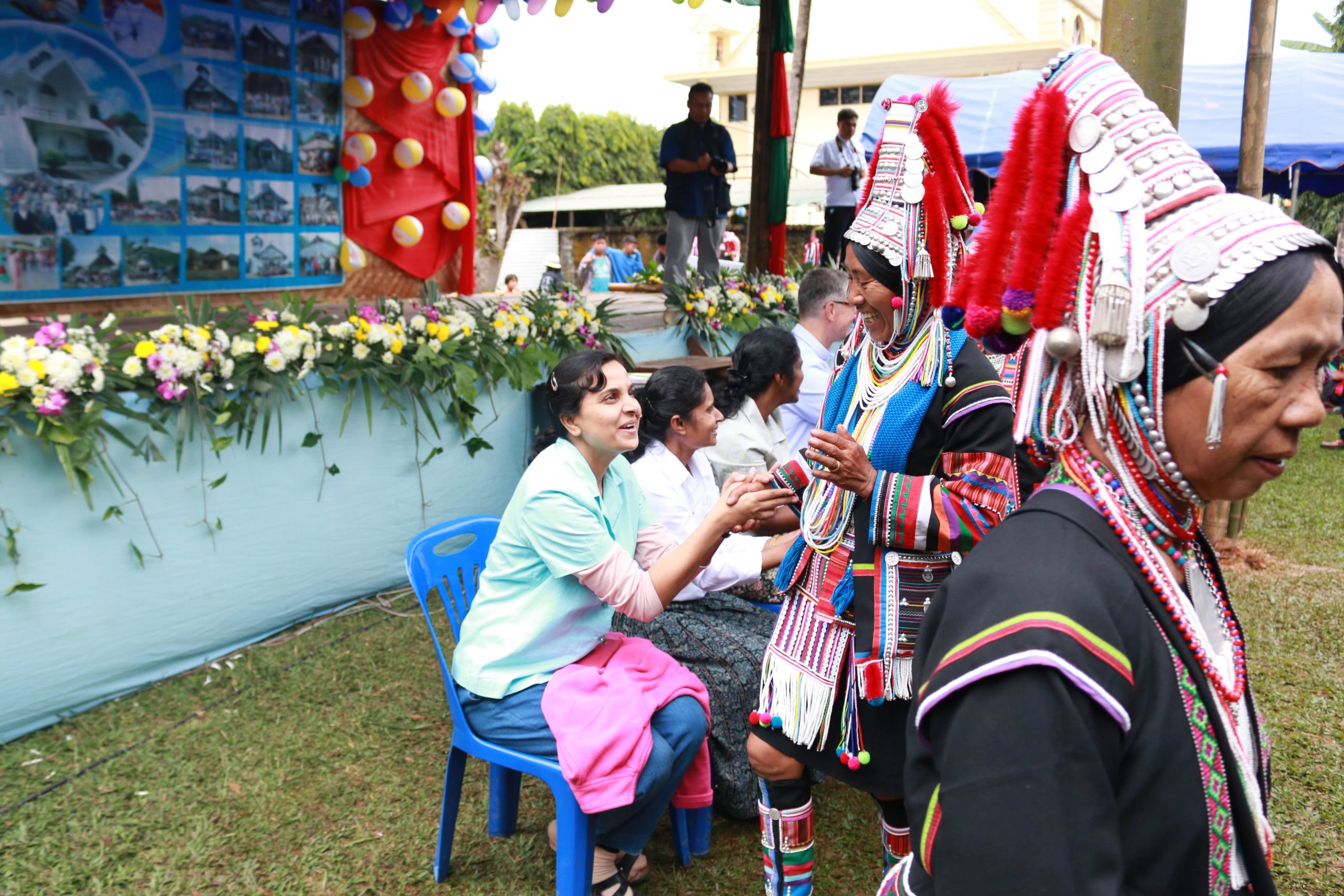 Sisters in a New Year celebration with the village people 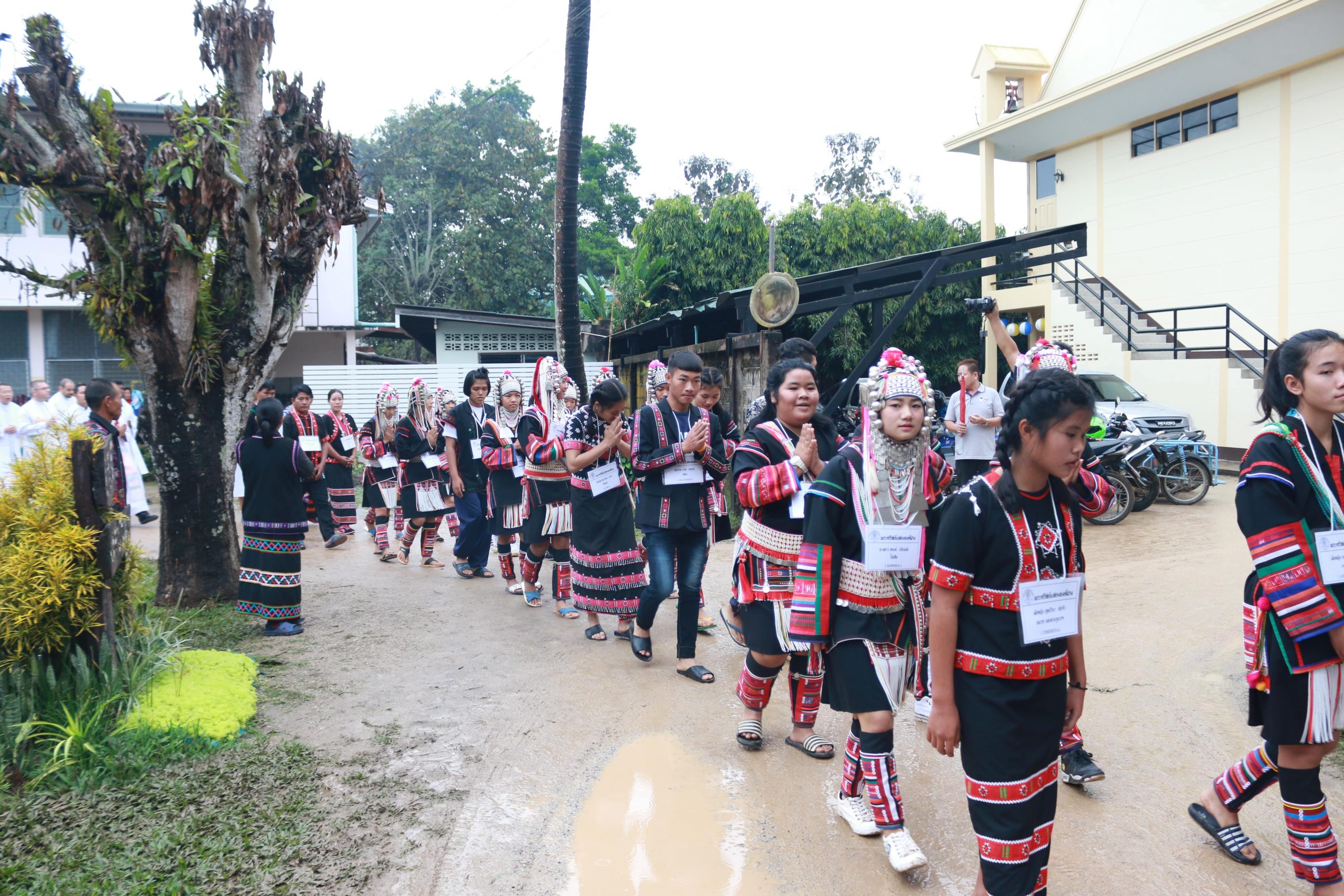