We are a Roman Catholic, international religious Congregation

As Presentation Sisters we are women who have responded to the call to follow Christ in the spirit of our founder Venerable Nano Nagle.

Inspired by her charism and her example, we are dedicated to reaching out to those on the margins by engaging in compassionate service.

We are a Roman Catholic, international religious Congregation. Aware of our interconnectedness with each other and all of creation calls us to a Spirituality of Being in Communion and to awaken to the spirit of God present and active in all of life.

We participate in the mission of Jesus by working for the transformation of unjust systems, the integrity of creation and the flourishing of humanity and the earth.

Nano Nagle was born in Ballygriffin Co Cork in 1718, her work laid the foundation for the voluntary school system and for the wide range of ministries to which Presentation Sisters around the world remain committed to this day.

Our story as a Congregation is rooted in a faith-filled, daring and courageous response to the Penal Laws of 18th Century Ireland. Under those laws Catholics were forbidden to teach or to receive an education.

The daughter of a society family and because of their position and wealth, Nano was sent to be educated in Paris, France. It was during her time there that Nano opened her eyes to the poverty and inequality that she saw around her. On returning to Ireland she also became aware of and distressed by the ignorance of the Irish in both faith and academics. She searched her own heart and responded with a course of action that has, over time, changed thousands of lives across the globe. She began her first schools in 1754, as she believed in the power of education to transform minds and hearts. She worked in the most challenging of circumstances – educating children in secret schools when Penal Laws forbade it, ministering to the wretched and the dispossessed and sharing everything with them till she had scarcely enough resources for herself. Working at times through illness and often through adversity, Nano gave her ‘all’ to the poor and needy of Cork.

Her commitment and love of the poor inspired others to join her. In the 1760s Nano began to plan for the future of her education mission. In 1771 she used money she had inherited from an uncle to build a convent for the Ursuline Sisters, a teaching order, whom she invited to come from France. Urged by her faith and trusting in God’s providence, Nano took the initiative and formed a new religious institute. On Christmas Eve 1775, Nano and three companions Mary Fouhy, Elizabeth Burke and Mary Ann Collins began their Novitiate.

Since then, Presentation Sisters have worked across the globe to secure the breadth of Nano’s vision – crossing geographical, political, religious and social frontiers, bringing her vision to life with deeds, embodying her dream through a variety of ministries, especially education, faith and spirituality, social and pastoral, health care and healing. Her vision is captured in the words that she wrote If I could be of any service in saving souls in any part of the globe, I would willingly do all in my power. Most new convents developed independently but following the Second Vatican Council (1962-1965) many of these autonomous convents decided to come together and in 1976 they formed the Union of Sisters of the Presentation of the Blessed Virgin Mary – also known as the Presentation Sisters Union.

Before Nano’s death on 26 April 1784, she had opened seven schools for poor children across Cork city, founded an almshouse for poor women, as well as founding the Presentation Order. She is buried at the site of her very first convent, formerly South Presentation, now called Nano Nagle Place.

The world has changed radically since Nano circumvented the Penal Laws by providing schools for the education of poor Catholic girls and boys in Cork city. Yet her lantern light lives on through the world-wide network of Presentation Sisters, Presentation Associates and Friends of Nano, co-workers and colleagues in Presentation schools and centres, and wherever those inspired by her are seeking to make the world a better place.

Today, Venerable Nano Nagle is regarded as one of the great pioneers of Catholic education in Ireland.
In 2013, Nano was declared Venerable by Pope Francis – a fitting recognition of her role as a woman of heroic virtue. 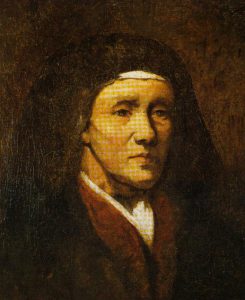 The Nano Nagle Cause is the journey taken in the process towards Beatification and Canonisation of Nano Nagle in the Catholic Church. When Nano was declared Venerable by Pope Francis on 31 October 2013, it was the second step on the path to Sainthood and was achieved in part as a result of tremendous support and background work within the Congregation and from other supporters.

The Nano Nagle Commission is an international organisation. They have the privilege of making Nano Nagle known and loved worldwide.They do that through prayer, devotions and in many other creative ways. 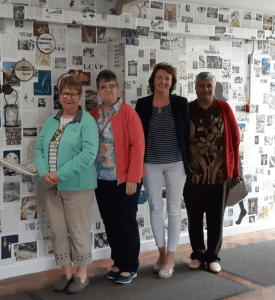 The group met in August 2019 in Nano Nagle Place, Cork to develop a resource to make Nano known more widely as a role model especially for young people. Nano wasn’t just a historical figure who walked the streets of Cork three hundred years ago but her legacy is alive and well today. Using the Icon of Nano written by Desmond Kyne as a medium it is hoped to develop a digital resource targeted at the 10-14 year age group but adaptable to all ages and cultures.

As part of this project, the Nano Nagle Commission are appealing to the Presentation family across the world: they are seeking stories of Nano’s work across the world today big or small to demonstrate that her message and her example is as relevant today as it was in her lifetime. They ask you to send them to nanonaglecommission@pbvm.org.

The Nano Nagle Commission have created a wonderful resource on the Icon of Nano Nagle. This work began in 2019 when, at the invitation of the Congregational Leadership Team, met in Ireland with Sr Aurea Dias of the CLT to discern how they would address their assigned task of making Nano known. They quickly came to the conclusion that the Icon held the whole story of Nano and would form the basis of their work. You can download the booklet HERE 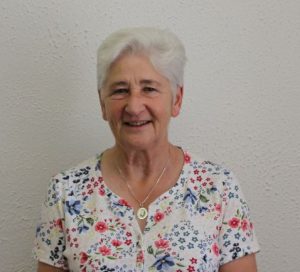 The Congregational Postulator is Sr Anne Lyons. You can contact her on postulator@pbvm.org

Prayer for the Beatification of Nano Nagle

O God, who enkindled in the heart of your servant, Nano Nagle, the fire of your love, and a consuming desire to serve You in any part of the world, grant that we also may love You, and make you much loved. And if it for be for the glory of God, and the salvation of souls, grant that soon she may be raised to the altars of your Church. Through Christ our Lord. Amen 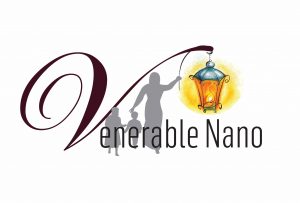