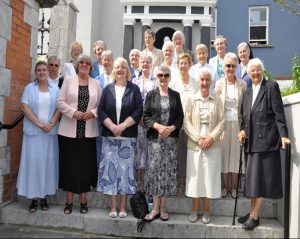 These letters include Nano’s correspondence with Eleanor (Sr Angela) Fitzsimons, the first Irish woman to volunteer to train as an Ursuline Sister in Paris, in preparation for setting up the first Ursuline Convent in Cork in 1771. Nano oversaw the building of that convent, just off Douglas Street, and once installed, the Ursuline pioneers worked in Nano’s school in Cove Lane (Douglas Street) while also establishing a boarding school for girls. When the Ursuline Sisters moved from there across to Blackrock in 1825, due to their expanding mission of education, their vacated convent became home to the Presentation Sisters, beside which they went on to establish the South Presentation primary and secondary schools. 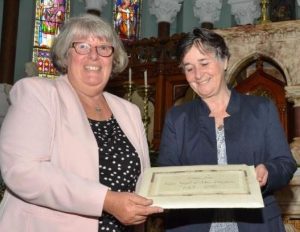 On 8 June 2018, Feast of the Sacred Heart, Sr Anne Harte Barry, Provincial Leader of the Ursuline Sisters of Ireland, Wales and Kenya, on their behalf enacted the gifting of the Letters to Sr Mary Deane, Congregational Leader of the Presentation Sisters (2012-2018). The handover of these original letters was done as part of a Ritual, which began at the Goldie Chapel and ended at the Tomb of Nano, located in the Cemetery where both Ursuline Sisters and Presentation Sisters are buried, at Nano Nagle Place. “We are very excited about receiving letters penned by Nano’s hand. What a wonderful gift to receive during this special year which marks the 300th anniversary of the Birth of Venerable Nano Nagle,” said Sr Mary Deane. 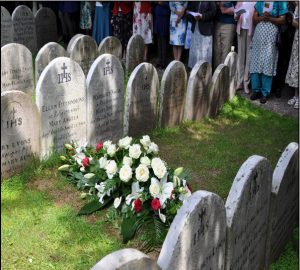 “These letters are a reminder to us of the vision of Nano Nagle and what she stood for – during the dark days of Penal Ireland. Now is our time to pass on the spark of faith, hope and love ignited by that wonderful and courageous woman, to a new generation and in new creative ways. The redevelopment of Nano Nagle Place is an example of one such imaginative response by the Presentation Sisters, in collaboration with others, to the needs of our time.” 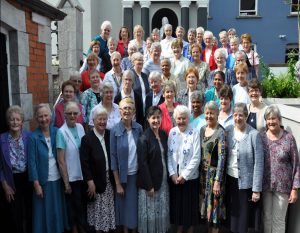