The Letters of Nano Nagle

Venerable Nano Nagle wrote many letters in her time, the earliest one on record being written in the year 1769. Sr Assumpta O’Neill gives her explanation of this first letter written by Nano to Eleanor Fitzsimons:

On 17 July 1769, Nano sat down to write a letter. The letter is addressed to a Dublin woman called Eleanor Fitzsimons (Nellie to her friends). It is the earliest letter we have and it’s quite long. Nano begins by acknowledging the receipt of two letters from Eleanor, who was then a novice at an Ursuline Convent in Paris. The second section of the letter is an expression of compassion so characteristic of Nano. The essential meaning of compassion is to feel the suffering of another. We see it in Nano in her attitude to the poor Mass-goers in Paris. It is the moving spirit of her whole apostolate. Five new characters appear in the next paragraph. They are:

It seems the two girls are planning to join Eleanor in Paris and the letter explains why they have not yet set out on the journey. Mr Doran is a Jesuit who came back from France after the suppression of the Jesuits. He is an uncle of Francis Moylan. Now watch a few lines down for the magic statement; “I will tell you how I began…” and so she does. Nano can certainly tell a story. Her uncle Joseph appears (she was the beneficiary of his will) and her sister-in-law makes sure the boys as well as the girls will have schools. Fr Moylan, who is mentioned towards the end of the letter, is a young priest, seventeen years junior to Nano. Ordained in Toulouse he served as secretary for a year to the Archbishop of Paris and thought of becoming a Trappist. He was persuaded that his zeal was much needed in hi sown country. His young step-sister is also mentioned. She was undecided about her future just then. Keep an eye out for her later on!

Note also in this letter how Nano gives God the title ‘Almighty’. It seems to have been her favourite way of naming God and is in itself an act of faith. Considering that this letter is more than 250 years old, there is surprisingly little difference between her English and ours, but a note may be called for on the use of the word ‘ladies’. At the time, it was a word commonly used to mean ‘nuns’. For example, in Waterford slightly later a legal document of the time mentions “the ladies of the Presentation and the Gentlemen of the Monastery” (Christian Brothers). 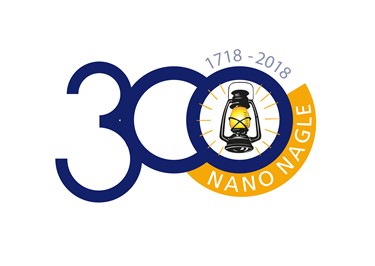 In 2018, to celebrate the Tercentenary of the Birth of Nano Nagle, the Congregational Leadership Team of the Presentation Sisters sponsored a PhD research project conducted by Deirdre Bennett, PhD scholar, and directed by Professor Deirdre Raftery – in collaboration with the School of Education and the Digital Library at University College Dublin. One element of this project was the Nano Nagle Digital Collection (which includes the digitisation of the Letters of Nano Nagle). You can view the letters on the UCD website: https://digital.ucd.ie/view/ucdlib:153347