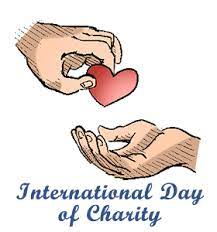 Charity, like the notions of volunteerism and philanthropy, provides real social bonding and contributes to the creation of inclusive and more resilient societies. Charity can alleviate the worst effects of humanitarian crises, supplement public services in health care, education, housing and child protection. It assists the advancement of culture, science, sports, and the protection of cultural and natural heritage. It also promotes the rights of the marginalized and underprivileged and spreads the message of humanity in conflict situations. In the 2030 Agenda on Sustainable Development adopted in September 2015, the United Nations recognizes that eradicating poverty in all its forms and dimensions, including extreme poverty, is the greatest global challenge and an indispensable requirement for sustainable development. The Agenda also calls for a spirit of strengthened global solidarity, focused in particular on the needs of the poorest and most vulnerable. It also acknowledges the role of the diverse private sector, ranging from micro-enterprises to cooperatives to multinationals, and that of civil society organizations and philanthropic organizations in the implementation of the new Agenda. 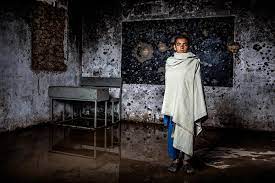 Around the world, attacks on children continue unabated, as warring parties flout one of the most basic rules of war: the protection of children. The protracted nature of conflicts today is affecting the futures of entire generations of children. Without access to education, a generation of children living in conflict will grow up without the skills they need to contribute to their countries and economies, exacerbating the already desperate situation for millions of children and their families. A child’s right to education cannot be safeguarded in conflict zones without education itself being protected. Education can be a life-saver. Out of school, children are easy targets of abuse, exploitation and recruitment by armed forces and groups. School should provide a safe space where children can be protected from threats and crises. It is also a critical step to breaking the cycle of crisis and reduces the likelihood of future conflicts. The Day draws attention to the plight of more than 75 million 3-to-18-year-olds living in 35 crisis-affected countries and to their urgent need of educational support. It expresses concern over the effects of continued violence on these children and their ability to access education, whose consequences require special attention beyond the needs of learners whose establishments were temporarily closed due to the COVID-19 pandemic. 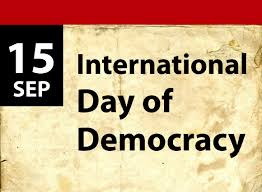 The unprecedented COVID-19 crisis has resulted in major social, political and legal challenges globally. As states around the world adopt emergency measures to address the crisis, it is critical that they continue to uphold the rule of law, protect and respect international standards and basic principles of legality, and the right to access justice, remedies and due process. UN Secretary General António Guterres has urged governments to be transparent, responsive and accountable in their COVID-19 response and ensure that any emergency measures are legal, proportionate, necessary and non-discriminatory. “The best response is one that responds proportionately to immediate threats while protecting human rights and the rule of law,” he said. 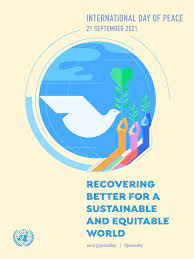 Each year the International Day of Peace is observed around the world on 21 September. The UN General Assembly has declared this as a day devoted to strengthening the ideals of peace, through observing 24 hours of non-violence and cease-fire. In 2021, as we heal from the COVID-19 pandemic, we are inspired to think creatively and collectively about how to help everyone recover better, how to build resilience, and how to transform our world into one that is more equal, more just, equitable, inclusive, sustainable, and healthier. The pandemic is known for hitting the underprivileged and marginalized groups the hardest. By April 2021, over 687 million COVID-19 vaccine doses have been administered globally, but over 100 countries have not received a single dose. People caught in conflict are especially vulnerable in terms of lack of access to healthcare.

26 September – International Day for the Elimination of Nuclear Weapons

Achieving global nuclear disarmament is one of the oldest goals of the United Nations. It was the subject of the General Assembly’s first resolution in 1946, which established the Atomic Energy Commission (dissolved in 1952), with a mandate to make specific proposals for the control of nuclear energy and the elimination of atomic weapons and all other major weapons adaptable to mass destruction. The United Nations has been at the forefront of many major diplomatic efforts to advance nuclear disarmament since. In 1959, the General Assembly endorsed the objective of general and complete disarmament. In 1978, the first Special Session of the General Assembly Devoted to Disarmament further recognized that nuclear disarmament should be the priority objective in the field of disarmament. Every United Nations Secretary-General has actively promoted this goal. Yet, today around 13,080 nuclear weapons remain. Countries possessing such weapons have well-funded, long-term plans to modernize their nuclear arsenals. More than half of the world’s population still lives in countries that either have such weapons or are members of nuclear alliances. While the number of deployed nuclear weapons has appreciably declined since the height of the Cold War, not one nuclear weapon has been physically destroyed pursuant to a treaty. In addition, no nuclear disarmament negotiations are currently underway.