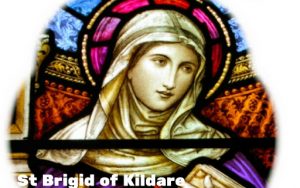 We celebrate the Feast Day of St Brigid on 1 February, which also marks the beginning of Spring. St Brigid was born in 450AD in Faughart, Co Louth, Ireland. She lived during the time of St Patrick and was inspired by his preachings and became a Christian. She later joined religious life and dedicated her life to helping the poor, sick and elderly. News of Brigid’s good works spread and soon many young girls from all over the country joined her in the convent. Brigid founded many convents all over Ireland; the most famous one was in Co Kildare. It is said that this convent was built beside an oak tree where the town of Kildare now stands. Around 470 she also founded a double monastery, for nuns and monks, in Kildare. As Abbess of this foundation she wielded considerable power, but was a very wise and prudent superior. The Abbey of Kildare became one of the most prestigious monasteries in Ireland, and was famous throughout Christian Europe. St. Brigid also founded a school of art, including metal work and illumination, over which St Conleth presided. In the scriptorium of the monastery, the famous illuminated manuscript the Book of Kildare was created. Traditionally, in Ireland St Brigid’s Crosses are made from rushes. They are hung from the door and in rafters and are believed to protect the houses from evil or fire.

In 1997, Pope Saint John Paul II instituted a day of prayer for women and men in consecrated life. This celebration is attached to the Feast of the Presentation of the Lord on February 2nd. This Feast is also known as Candlemas Day; the day on which candles are blessed symbolizing Christ who is the light of the world. So too, those in consecrated life are called to reflect the light of Jesus Christ to all peoples. The celebration of World Day for Consecrated Life is transferred to the following Sunday in order to highlight the gift of consecrated persons for the whole Church. 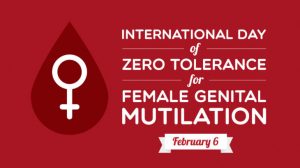 11 February – International Day of Women and Girls in Science 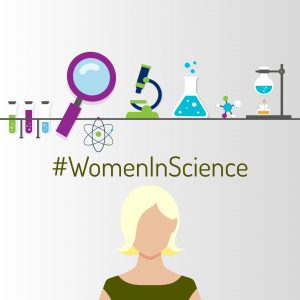 Science and gender equality are both vital for the achievement of the internationally agreed development goals, including the 2030 Agenda for Sustainable Development. Over the past 15 years, the global community has made a lot of effort in inspiring and engaging women and girls in science. Yet women and girls continue to be excluded from participating fully in science. At present, less than 30 per cent of researchers worldwide are women. According to UNESCO data (2014 – 2016), only around 30 per cent of all female students select STEM-related fields in higher education. Globally, female students’ enrolment is particularly low in ICT (3 per cent), natural science, mathematics and statistics (5 per cent) and in engineering, manufacturing and construction (8 per cent). Long-standing biases and gender stereotypes are steering girls and women away from science related fields. As in the real world, the world on screen reflects similar biases—the 2015 Gender Bias Without Borders study by the Geena Davis Institute showed that of the onscreen characters with an identifiable STEM job, only 12 per cent were women. In order to achieve full and equal access to and participation in science for women and girls, and further achieve gender equality and the empowerment of women and girls, the United Nations General Assembly adopted resolution A/RES/70/212 declaring 11 February as the International Day of Women and Girls in Science. 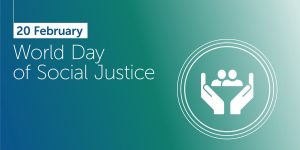 Social justice is an underlying principle for peaceful and prosperous coexistence within and among nations. We uphold the principles of social justice when we promote gender equality, or the rights of indigenous peoples and migrants. We advance social justice when we remove barriers that people face because of gender, age, race, ethnicity, religion, culture or disability. For the United Nations, the pursuit of social justice for all is at the core of our global mission to promote development and human dignity. The adoption by the International Labour Organization of the Declaration on Social Justice for a Fair Globalization is just one recent example of the UN System’s commitment to social justice. The Declaration focuses on guaranteeing fair outcomes for all, through employment, social protection, social dialogue, and fundamental principles and rights at work.