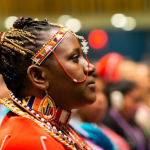 There are over 476 million indigenous peoples living in 90 countries across the world, accounting for 6.2 per cent of the global population. Indigenous peoples are the holders of a vast diversity of unique cultures, traditions, languages and knowledge systems. They have a special relationship with their lands and hold diverse concepts of development based on their own worldviews and priorities. Although numerous indigenous peoples worldwide are self-governing and some have been successful in establishing autonomy in varying forms, many indigenous peoples still come under the ultimate authority of central governments who exercise control over their lands, territories and resources. Despite that reality, indigenous peoples have demonstrated extraordinary examples of good governance, ranging from the Haudenosaunee to the National Congress of Australia’s First Peoples. The COVID-19 pandemic has exposed and exacerbated many existing inequalities, disproportionately affecting populations all over the world that were already suffering from poverty, illness, discrimination, institutional instability or financial insecurity. From the perspective of indigenous peoples, the contrast is even starker. In many of our societies, the social contract, at the very least, needs some revision. 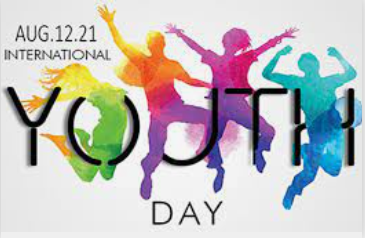 In 1999, the General Assembly endorsed the recommendation made by the  World Conference of Ministers Responsible for Youth (Lisbon, 8-12 August 1998) that 12 August be declared International Youth Day. International Youth Day (IYD) gives an opportunity to celebrate and mainstream young peoples’ voices, actions and initiatives, as well as their meaningful, universal and equitable engagement. The commemoration will take the form of a podcast-style discussion that is hosted by youth for youth, together with independently organized commemorations around the world that recognize the importance of youth participation in political, economic and social life and processes. 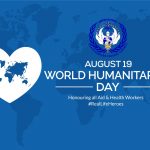 On World Humanitarian Day (WHD) August 19, the world commemorates humanitarian workers killed and injured in the course of their work, and we honour all aid and health workers who continue, despite the odds, to provide life-saving support and protection to people most in need. This year World Humanitarian Day comes as the world continues to fight the COVID-19 pandemic over recent months. Aid workers are overcoming unprecedented access hurdles to assist people in humanitarian crises in 54 countries, as well as in a further nine countries which have been catapulted into humanitarian need by the COVID-19 pandemic. This day was designated in memory of the 19 August 2003 bomb attack on the Canal Hotel in Baghdad, Iraq, killing 22 people, including the chief humanitarian in Iraq, Sergio Vieira de Mello. In 2009, the United Nations General Assembly formalized the day as World Humanitarian Day. 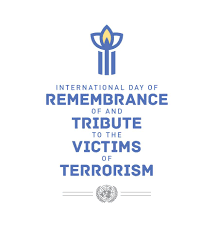 While more countries are affected by terrorism today, the number of victims has largely been concentrated in a small number of Member States. Victims of terrorism continue to struggle to have their voices heard, have their needs supported and their rights upheld. Victims often feel forgotten and neglected once the immediate aftermath of a terrorist attack fades, which can have profound consequences for them. Few Members States have the resources or the capacity to fulfill the medium and long-term needs required for victims to fully recover, rehabilitate and integrate back into society. Victims can only recover and cope with their trauma through long-term multi-dimensional support, including physical, psychological, social and financial, in order to heal and live with dignity. The primary responsibility to support victims of terrorism and uphold their rights rests with Member States. The United Nations has an important role in supporting Member States to implement Pillar I and IV of the UN Global Counter-Terrorism Strategy through standing in solidarity and providing support to victims, capacity building assistance, establishing networks of, and offering support to, civil society organizations, particularly victims of terrorism associations, and encouraging Member States to promote, protect and respect the rights of victims. The United Nations has been working to provide resources, mobilize the international community and better address the needs of victims of terrorism. 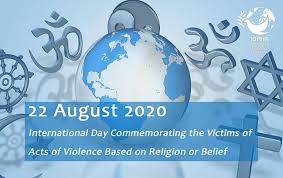 Freedom of religion or belief, freedom of opinion and expression, the right to peaceful assembly and the right to freedom of association are interdependent, interrelated and mutually reinforcing. They are enshrined in articles 18, 19 and 20 of the Universal Declaration of Human Rights. Upholding these rights plays an important role in the fight against all forms of intolerance and of discrimination based on religion or belief. The open, constructive and respectful debate of ideas, as well as interreligious, interfaith and intercultural dialogue, at the local, national, regional and international levels, can play a positive role in combating religious hatred, incitement and violence. Furthermore, the exercise of the right to freedom of opinion and expression and full respect for the freedom to seek, receive and impart information can play a positive role in strengthening democracy and combating religious intolerance. There are continuing acts of intolerance and violence based on religion or belief against individuals, including against persons belonging to religious communities and religious minorities around the world, and the number and intensity of such incidents, which are often of a criminal nature and may have international characteristics, are increasing. That is why the General Assembly adopted the resolution A/RES/73/296, titled “International Day Commemorating the Victims of Acts of Violence Based on Religion or Belief” strongly condemning continuing violence and acts of terrorism targeting individuals, including persons belonging to religious minorities, on the basis of or in the name of religion or belief.