Fr Stan Swamy: A Radical Disciple from the Indian Soil 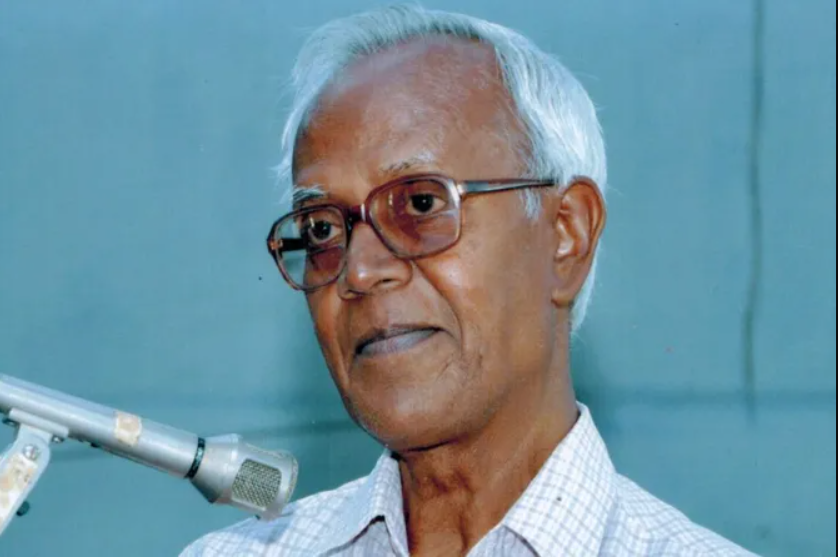 Fr Stan Swamy was in news ever since 8 October 2020 when he was arrested by the National Investigation Agency (NIA) and charge sheeted under the Unlawful Activities (Prevention) Act, 1967, under which bail can be denied. He was soon sent to Taloja jail in Mumbai where he remained until a few days before his death. With many other activists and journalists Swamy was implicated in the 2018 Bhima Koregaon violence and was accused of being a Maoist sympathiser. Stan repeatedly denied the charges.

In the passing away of Stan, the Church in India lost a courageous, committed, compassionate follower of Jesus. Stan was prepared for a prestigious institution but opted to work with the poor. He worked as director of Indian Social Institute, Bangalore in the late 70s and 80s. He used to conduct a three-month course on social analysis for anyone who wanted to know how to understand the Indian situation critically. In addition to young people, many priests and religious attended this program.

As a result, they became critical of the socio-economic and political situation of our country. That program had a transformative impact on most of the participants. That is why in the late 70s and 80s, many Religious Congregations belonging to the Roman Catholic Church opened houses in rural areas and city slums to work with the poor. They moved from institutional to insertional communities and ministries. Fr Stan played an important role in the church at that time for creating critical consciousness among many church leaders and members.

He did not remain as an armchair academician. After helping many to read the reality critically, he moved on to grass root activism. He spent almost thirty years of his life working with the Adivasis of central India. He fought for the release of those who were falsely implicated in crimes which they did not commit. For instance, Lalit Manji, 44 was arrested in 2001 for a murder he did not commit. Jiten Marandi, 38, was arrested in Hazaribagh in 1999 because he shared a name with a Maoist. Bhuvneshwar Singh, 79, was falsely arrested in connection with a murder. According to Aloka Kujur, a social worker from Jharkhand, Stan filed a petition in the High Court when 500 innocent Adivasi youth from Jharkhand were put in jail by the police claiming they were Naxals. He fought for them for a long time.

Fr. Stan always raised his voice against oppression. He became a voice for the Adivasis of Jharkhand. After the Pune police raided his residence twice in 2018 and 2019, Fr Stan in an interview to Newslaundry on 17 June, 2019 said, “The Adivasis, who are the owners of this land, are not getting any share of the natural resources. Corporates and industrialists are getting rich by mining the minerals from here when the Adivasis are dying of hunger. Young Adivasis are kept in jail on false accusations of being Naxalites. I write and fight for these issues which are the reason behind the attempt to implicate me in the Bhima Koregaon case.”

He sharpened the people’s voice against government oppression. He continued to do research and write about people’s movements. He strongly opposed the government’s oppression of people. He wrote about the government’s role in matters of water, jungle and land and supported all the movements related to these issues. The raid on his house by the Pune police and the eventual arrest by NIA is part of a political conspiracy. His action on behalf of the poor was disturbing the political powers.

After his prophetic stand and actions, his passion began when he was arrested on 8th October, 2020. Being 84 years of age, he had all the difficulties of old age. Besides, he had impaired hearing in both ears, had undergone two hernia operations, and had lumbar spondylosis. He had Parkinson’s disease and suffered tremors in both hands. His fellow inmates had to help him with tasks like bathing, eating and dressing himself, and he had frequent episodes of memory loss. He also tested positive for Covid on May 30, 2021. 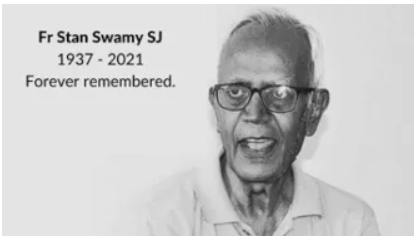 While in prison, he often spoke about bail, even when he was severely ill. He wanted to be surrounded by his own people in his final days but he never got the chance. At the time of his death, he was still in custody though admitted in a hospital a few days ago. At every turn the jail authorities were reluctant to provide him with basic amenities like a straw and sipper. His request for a full-sleeve sweater, a blanket, and two pairs of socks were denied. On May 21 this year, Fr Stan himself summed up his condition during a medical bail hearing saying,

“Eight months and my health and bodily functions have severely deteriorated…. Before I was lodged in Taloja prison, my body was functional,” he told the court. “I was able to walk, eat, bathe and write letters by myself … I am requesting you to consider why and how this deterioration of myself happened?”

“One day at a time, sweet Jesus. That’s all I’m asking of you. Just give me the strength to do every day, what I have to do.” This was the hymn sung by activist Arun Ferreira for Fr Stan at Taloja jail, during their time together behind bars. Ferreira too was accused in the Bhima Koregaon case. Whenever Stan asked Ferreira about the status of his bail, Ferreira would sing these words to him to cheer him up.

Though Stan is no more physically present, he lives on in the hearts of many. Truly he lived as a radical disciple of Jesus. He is a model placed before us in our time how to live our Christian life meaningfully. Like Jesus, he reached out to the least, embraced their cause, stood by their side, and became a threat to the political powers of our time. He endured his passion of nine months in prison with calm yet stood by the truth and died for the truth.