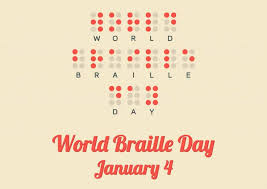 World Braille Day, celebrated since 2019, is observed to raise awareness of the importance of Braille as a means of communication in the full realization of the human rights for blind and partially sighted people. Braille is a tactile representation of alphabetic and numerical symbols using six dots to represent each letter and number, and even musical, mathematical and scientific symbols. Braille (named after its inventor in 19th century France, Louis Braille) is used by blind and partially sighted people to read the same books and periodicals as those printed in a visual font. Braille is essential in the context of education, freedom of expression and opinion, as well as social inclusion, as reflected in article 2 of the Convention on the Rights of Persons with Disabilities. 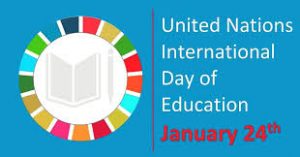 The right to education is enshrined in article 26 of the Universal Declaration of Human Rights. The declaration calls for free and compulsory elementary education. The Convention on the Rights of the Child, adopted in 1989, goes further to stipulate that countries shall make higher education accessible to all. When it adopted the 2030 Agenda for Sustainable Development in September 2015, the international community recognized that education is essential for the success of all 17 of its goals. Sustainable Development Goal 4, in particular, aims to “ensure inclusive and equitable quality education and promote lifelong learning opportunities for all” by 2030. Education offers children a ladder out of poverty and a path to a promising future. But about 265 million children and adolescents around the world do not have the opportunity to enter or complete school; 617 million children and adolescents cannot read and do basic math; less than 40% of girls in sub-Saharan Africa complete lower secondary school and some four million children and youth refugees are out of school. Their right to education is being violated and it is unacceptable. Without inclusive and equitable quality education and lifelong opportunities for all, countries will not succeed in achieving gender equality and breaking the cycle of poverty that is leaving millions of children, youth and adults behind.

27 January – International Day of Commemoration of Victims of the Holocaust 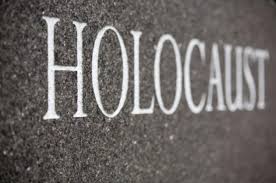 Every year around 27 January, UNESCO pays tribute to the memory of the victims of the Holocaust and reaffirms its unwavering commitment to counter antisemitism, racism, and other forms of intolerance that may lead to group-targeted violence. The date marks the anniversary of the liberation of the Nazi Concentration and Extermination Camp of Auschwitz-Birkenau by Soviet troops on 27 January 1945. It was officially proclaimed, in november 2005, International Day (link is external)of Commemoration in Memory of the Victims of the Holocaust by the United Nations General Assembly. The Holocaust profoundly affected countries in which Nazi crimes were perpetrated, but also had universal implications and consequences in many other parts of the world. Member States share a collective responsibility for addressing the residual trauma, maintaining effective remembrance policies, caring for historic sites, and promoting education, documentation and research, seven decades after the genocide. This responsibility entails educating about the causes, consequences and dynamics of such crimes so as to strengthen the resilience of young people against ideologies of hatred. As genocide and atrocity crimes keep occurring across several regions, and as we are witnessing a global rise of anti-Semitism and hateful discourses, this has never been so relevant.