" Love one another as you have hitherto done" - Nano Nagle

Presentation Sisters first arrived in Manchester, England in 1836 from Clonmel, Ireland. Over the years more houses were established from various communities in Ireland and from India.

The English Province was formed when the separate houses came together following the Union of a number of Presentation Congregations in 1976.

Read more below on the various Ministries in which our Sisters are involved in.

Pastoral Care of Gypsy and Travellers

In the Diocese of Nottingham, I provide pastoral care to the Gypsy and Travelling Community and am supported by a team of volunteers from around the Diocese who help with the pastoral and catechetical work in visiting families in their homes and preparing children and young people for First Holy Communion and Confirmation. The ministry is very much one of outreach going out to the peripheries to others in need.

I see my role as to respond to whatever requests and needs asked of me.   This often means helping others to read and reply to letters, forms, passports, preparing and accompanying on occasions such as Baptism, First Holy Communion, Confirmation, weddings, funerals and journeying through loss and grieving.  Any pastoral encounter for me is an invitation to be available to listen with a compassionate presence to others.

We have a Traveller Forum which is held four times a year at St Augustine’s Parish in Nottingham. It brings together members of the community to pray, to reflect and to organise events which benefit the whole community. It is also an opportunity to meet and share with the national chaplain.  Those present recognise that they want to be accountable and want support from their parishes.  They are also keen to have more leadership roles within parishes.  They have set up traveller bible study groups for both men and women using social media and whatsApp groups.  They are keen to have more retreats and prayer groups to help travellers to understand their faith better.  The group have organised men and women’s family retreats. Technology is enabling them to communicate, pray, evangelise and spread the word of God to one another and to the wider community.

During the past few years we have been having a Mass celebrated by the Bishop which is often in different places around the Diocese.  At this Mass it is an opportunity to meet the Bishop, celebrate the sacraments of First Holy Communion and Confirmation and being aware of traveller cultural experiences which they very much appreciate and look forward to. Some decide they want their children to receive the sacraments with other settled children in parishes.  Some have private celebrations, others join celebrations in parishes, and we have some group celebrations mainly catering for those travelling who need to access the sacraments at short notice due to travelling abroad and who are not always able to receive them in European countries because of language differences. Some receive the sacrament of Confirmation in the local parishes where they are in residence.

Recently Bishop Patrick McKinney came on a pastoral visit to the Traveller’s site in Nottingham which was a visit very much appreciated by all the travelling community there.  They felt very honoured by Bishop Patrick’s presence among them.

Whilst sacramental preparation is an important aspect of working with the Gypsy and Traveller community, other work be that through, prayer groups within local churches, in traveller sites and houses, established and often run by travellers, visiting the sick and elderly of this community, supporting the bereaved, providing preparation for baptism and marriage, providing practical support and direction to other services, attending conferences and working with the national chaplain and generally being a welcoming face or point of contact for Gypsy and Travellers within Parish communities.  Significantly the ability to provide presence, being available and listening is important, as travellers are often very isolated and lonely, they turn to the Church in need and feel supported.

Travellers have a deep faith and a desire to deepen their relationship with God. They are particularly drawn to the Catholic Renewal Praise and Adoration experience of prayer.  They travel to conventions around the Diocese and further afield on a regular basis and are welcomed in parishes. A Healing of Family Tree Mass in the West Midlands and in other parts of the country attracts big numbers from their community as this provides a spiritual and healing encounter and a social gathering where they meet one another. Pilgrimages to Medjugorje, Lourdes and the Youth Festival in Walsingham are important places of prayer for them.  In deepening their faith and because of the nature of their lifestyle they use social media, as it can provide national and international contact, this approach is a powerful way of evangelisation amongst them through bible study and prayer groups throughout the day.

Pilgrimages are important to Travellers to places near and far. Some of their most visited are Mount Saint Bernard’s Abbey in Leicestershire, Walsingham, Lourdes, Medjugorje, Rome, Fatima, The Holy Land and many local shrines a favourite is Holywell in Wales. A highlight pilgrimage they still talk about was when they met Pope Francis in Rome in 2015 at the Pilgrimage of Gypsies/Roma /Travellers in the Paul V1 Audience Hall when he spoke loud and clearly to them ‘’ Here you find someone who loves you, esteems you, appreciates you and assists you.’’   These words still hold fond memories in their hearts to this day and encourage them in their weaker moments.

In the pastoral care of travellers, their moral and spiritual needs are important.  I am aware and see as I travel around that the Catholic faith of travellers is often confused, especially among teenagers and young adults. They are often confused by the Born-Again Christians who target travellers because very often of their lack of understanding of their Catholic religion and their limited understanding of the Bible.  Another area of need is difficulties with alcohol, drugs and domestic violence.  These are areas I see as important to support and work with.

Travellers are now very much taking on their leadership roles in the Church through being Eucharistic ministers, catechists, leading prayer groups, retreats, sharing faith testimonies, supporting food banks and toys for children during the Christmas season.  They also reach out to the homeless in the cities taking sleeping bags, socks, gloves and hats for the cold weather to those who are less fortunate. They also use the opportunity as a moment to be still and encounter the Lord through prayer in the situation and people they engage with.

In our Diocese at present as we are encouraged to embrace encounter, I can personally say my faith journey has been enriched and strengthened in my ministry with the Travelling / Gypsy community in experiencing their deep faith through prayer and companionship. 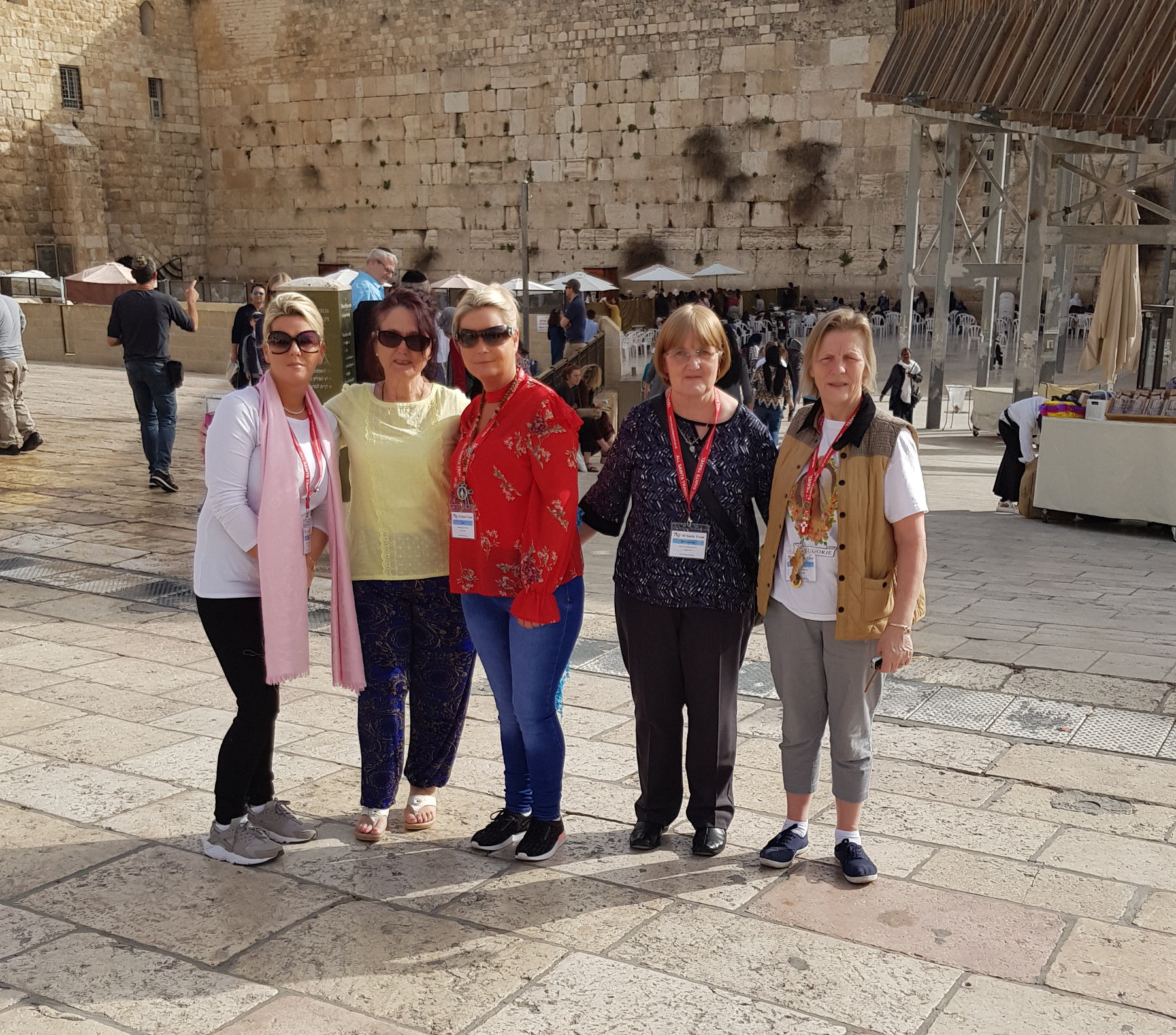 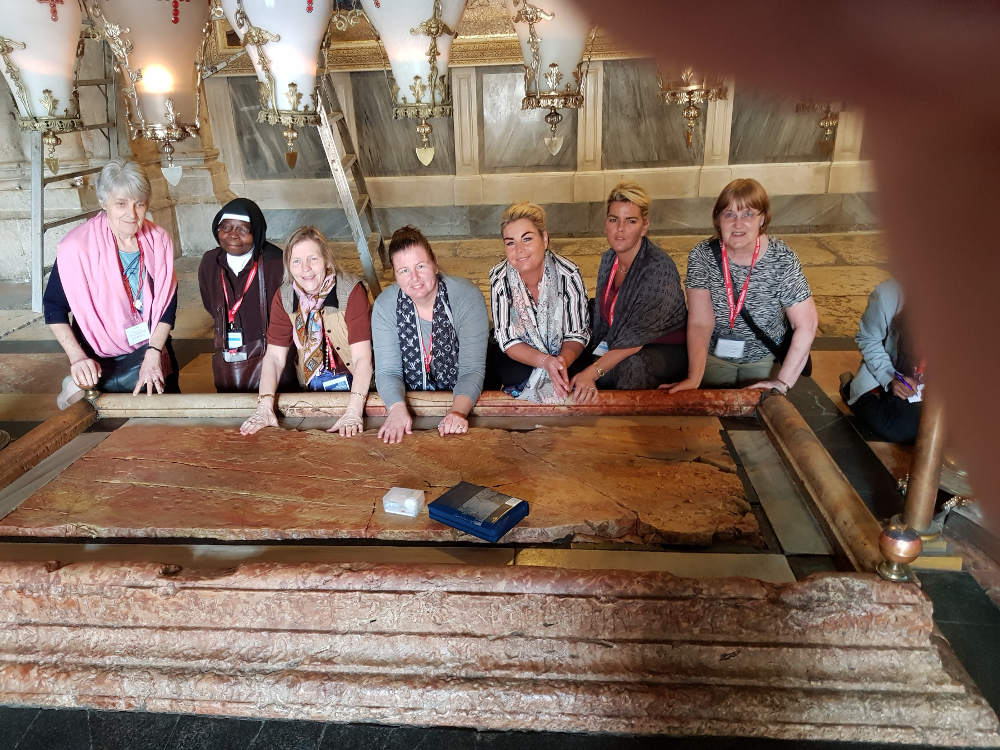 I have 2 meditation groups each week and they have been coming for about three years. They feel the need of it in their busy lives. The discipline of the group helps them to give that time each week 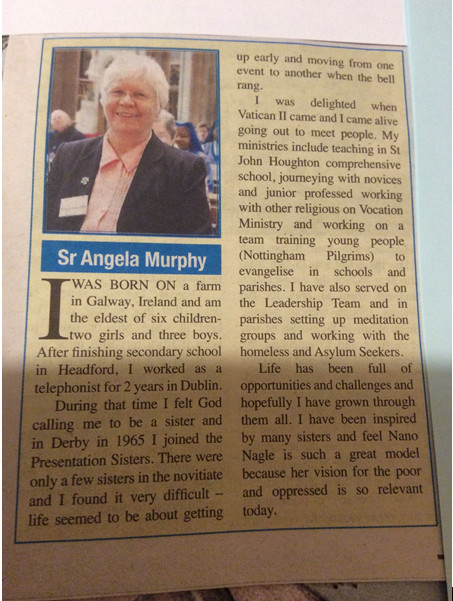 A write up for my Golden Jubilee last year Sr Angela 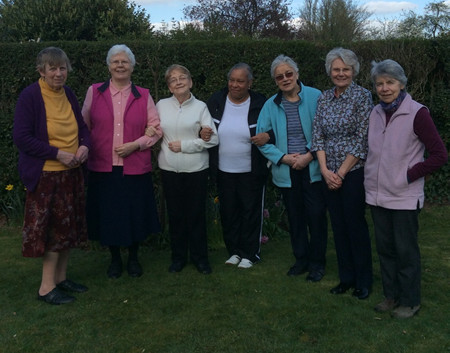 The Associates are involved in various ministries in the parish. They are committed to Justice and Peace issues and Care for the Earth. 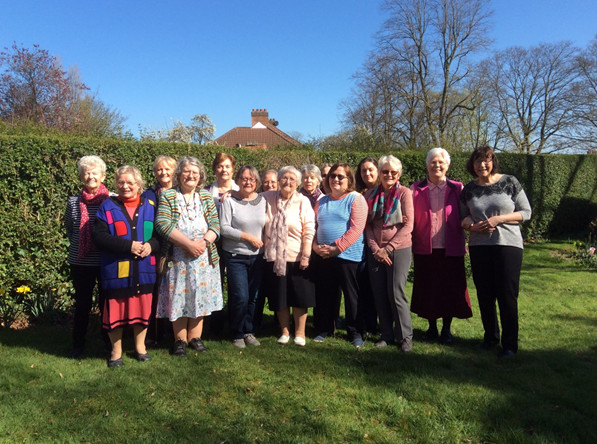