We know that Nano Nagle had many reasons for visiting Bath. Her two brothers David and Joseph lived there from1762-1784 approximately.  David and his wife Mary (née Harold), together with Mary’s mother, Mrs Harold, lived at 31, Milsom Street in the city. Besides this, David paid rates on No. 1, The Royal Crescent, Bath, from 1774-1800. One may surmise that he used that property as a working base. 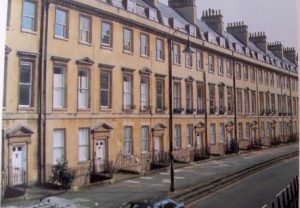 Joseph and his wife Frances (née Halpas) lived at No 7, Paragon Buildings from 1770 until they moved back to Cork in 1784 – the year of Nano’s death.  Furthermore, Nano’s sister Elizabeth and her husband, Robert French of Rahasane, Galway, also resided in Bath for some time.

So Bath must have been a ‘home from home’ for Nano, especially after a series of bereavements – the death of her father in 1746, that of her mother in 1748, the loss of the home place at Ballygriffin and the deaths of her two sisters, Anne and Catherine in c.1750 and 1754 respectively.

In a letter addressed to Eleanor Fitzsimons, dated 20 July 1770, Nano writes from Bath:

As I heard you thought I came [here] for my health: as you are so good as to interest yourself in my regard, I was afraid it might have made you uneasy. [I beg] to assure you that, thank God, I never was better, and it was not to [take] the waters I came nor have I tasted them. I came to see my brothers and be sure it was with much ado I could prevail on myself to pay this visit… 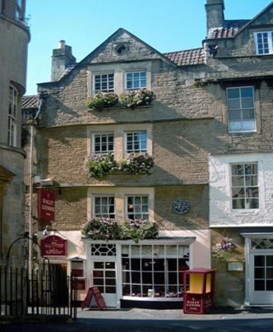 We do not know how many times Nano visited Bath.  From her letters we know of only one such visit. But only a small selection of Nano’s correspondence is extant. It is reasonable to assume that she visited Bath more than once.  Traditions regarding the painting of two portraits – those of the cameo (miniature portrait surrounded by gems) and the queried Barry portrait of the older Nano discovered in the Nigel-Healy home in Cork – indicate that both works were executed in Bath.  If so, this would indicate many visits to Bath by Nano, and some lengthy ones too.  Even James Barry would not paint a portrait in a day!

From the Annals of South Presentation we get a glimpse of how Nano moved with ease from one social scene to another, even as she busied herself with seeking funds for the upkeep of her schools: For some time, after she returned home, she piously conformed to the habits of the family with which she lived, she joined their parties at home and with their friends…

Social life in Bath in the eighteenth century would have been dull by comparison with the glitz of Parisian courtly circles which Nano had known.  But Sally Lunn delicacies may well have provided a nostalgic ‘taste of France’ right on the doorstep.  A sweet and tempting thought, indeed!